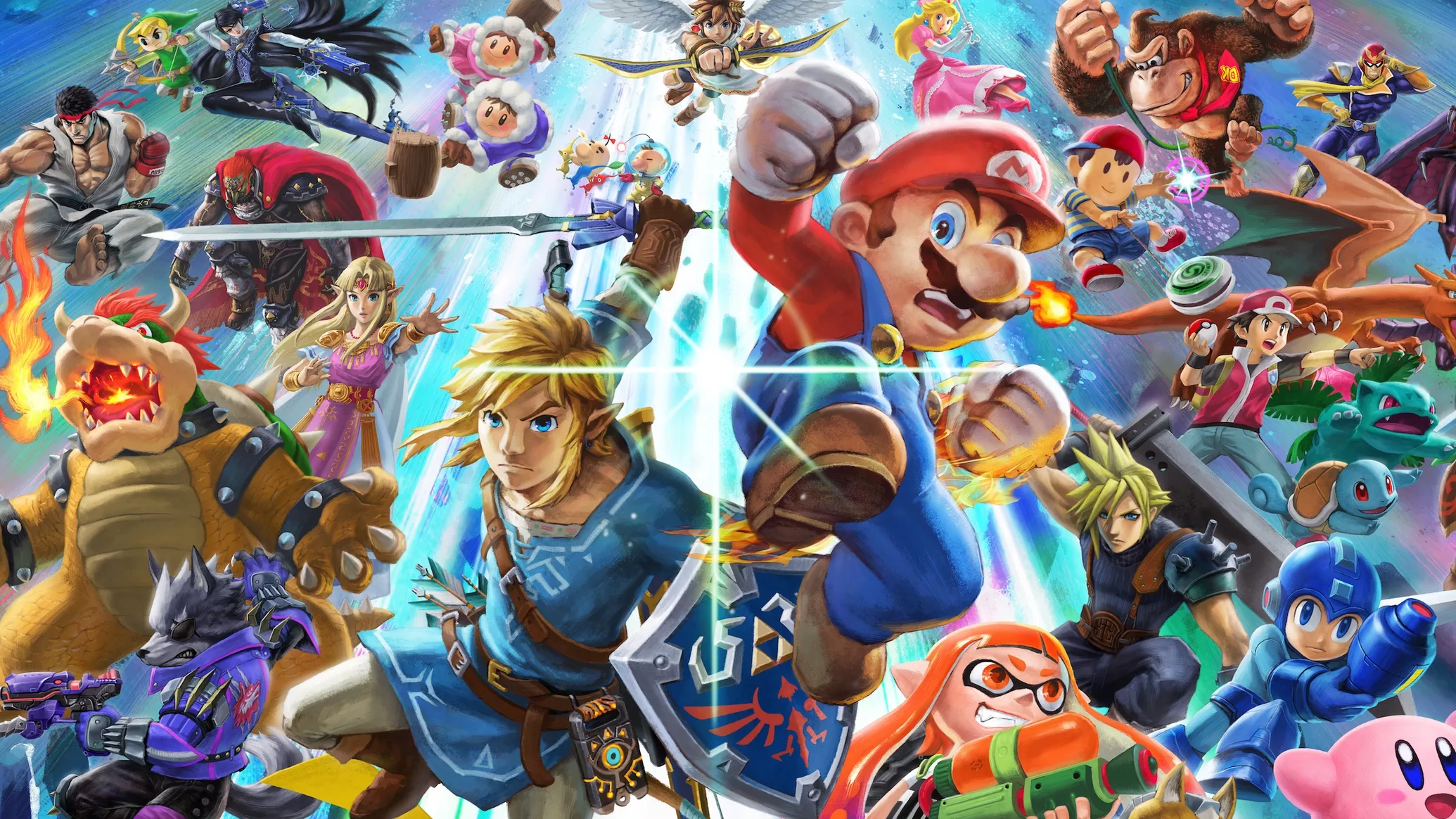 1. We communicate directly with the Player, they are responsible for all tournament communication. It is essential that the player has access to their registered email address and any platforms (e.g. Discord) specified by the tournament officials.

2. All matches are played ONLY by registered players, if your team is a player-short on game-day you will need to compete WITHOUT a fill-in.

3. In Physical tournaments there are to be no remote-players. (interstate teams/schools may request an exemption from this requirement on an individual basis)

4. Items are BANNED. We make the focus on player skill.

5. Stage Hazards are off.

7. Games are played as best-of-3 with a 6 minute timer during physical tournaments (due to time-constraints), at the officials’ discretion when the tournament reaches top 8, the bracket will then be moved to a best-of-5 format from the best-of-3 format. The format MUST be made clear to the players BEFORE the round begins.

9. No Character Banning (However you must tell your opponent who you’re playing before the set, and yes every character is legal even Hero)

10. Mii Characters are allowed to use any custom moveset.

11. Stage banning is performed on all best-of-3 and best-of-5 matches.

12. STRICTLY NO COACHING!!! You will be immediately be banned and DQ’d by a TO

13. Controllers: We provide players with a SINGLE Switch controller, you are free to compete on your own controller so long as it meets the following specifications:

●Maximum 4 directional mappings or 2 joystick axes allowed,combinations of the two are not allowed

●Macros, other than Z+A, are illegal

●Turbo buttons and functions are illegal

Violation of above rules will result in immediate disqualification from an event and all previous wins in the event are forfeited.

Examples of legal controllers are, but not limited to:

●Xbox/keyboard/other wired input devices as long as they meet the restrictions above.

-Wireless Controllers are allowed (Joy Cons, Pro Controllers*, etc) However if they aren’t connected within a 5 min time limit then you will be forced to play as is. MAKE SURE YOU DISCONNECT YOUR WIRELESS CONTROLLER AFTER EVERY SET. This is to prevent interference with sets that are being currently played, as it is extremely annoying to play a set when it is constantly stopping. IF YOU FAIL TO DISCONNECT YOUR WIRELESS CONTROLLER, THEN THERE WILL BE CONSEQUENCES: STARTING WITH A WARNING FOLLOWED BY IMMEDIATE DQ FROM THE EVENT.

-We use the CouchWarriors Rules format to determine which legal stage will be played on before a match: See Image Below. 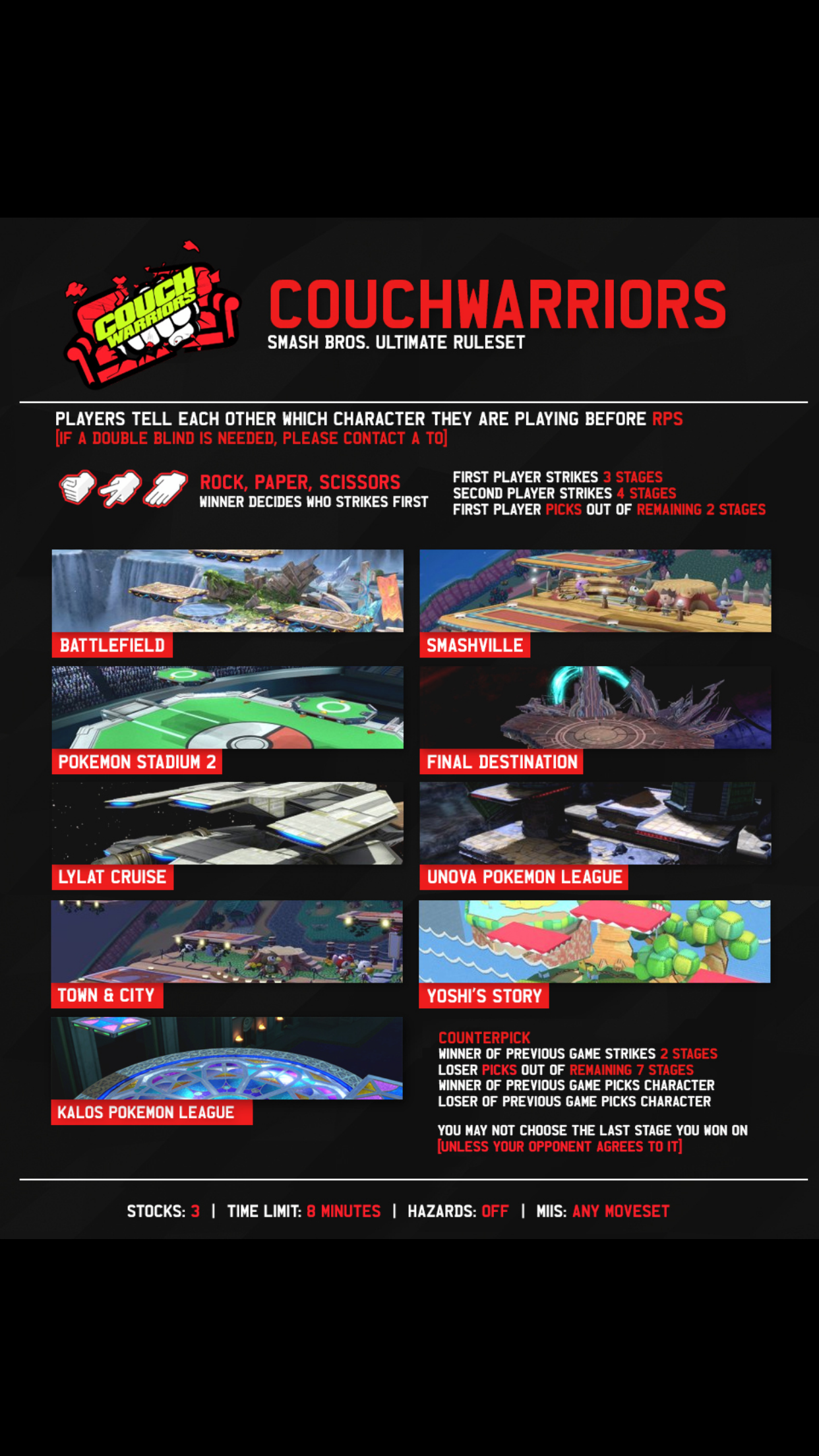