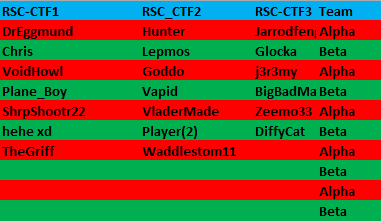 Today RSC will be playing Capture The Flag (CTF).

Teams have been allocated based on last weeks efforts.

If you are not on the roster, don’t stress you’ll be allocated at the start of the session!